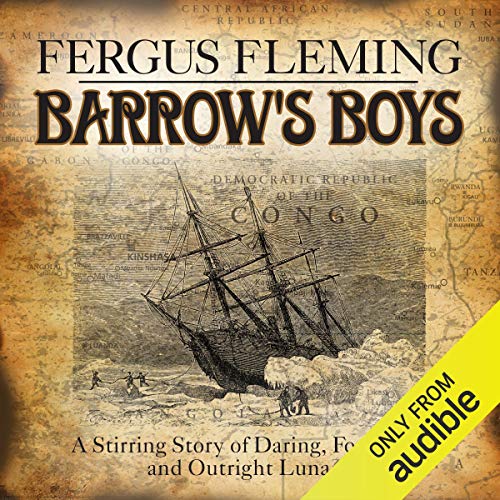 Barrow's Boys is a spellbinding account of perilous journeys to uncharted areas under the most challenging conditions. Fergus Fleming captures the passion for exploration that led a band of men into situations that would humble today's bravest adventurers.

After the Napoleonic wars, John Barrow, Second Secretary to the Admiralty, launched the most ambitious exploration program the world has ever seen. For the next 30 years, his teams of elite naval officers went on missions to fill the blanks that littered the atlases of the day. From the first disastrous trip down the Congo, Barrow maintained his resolve in the face of continuous catastrophes. His explorers often died of sickness or at the hands of unfriendly natives. They struggled under budgets that forced them to resort to pulling enormous ships across floating ice fields; to eating mice, or their own shoes; and even to horrifying acts of cannibalism. While many of the journeys failed, Barrow and his men ultimately opened Africa to the world, discovered Antarctica, and pried apart the mandibles of the Arctic. Many of the missions are considered the greatest in history, but have never before been collected into one volume that captures the full sweep of Barrow's program.