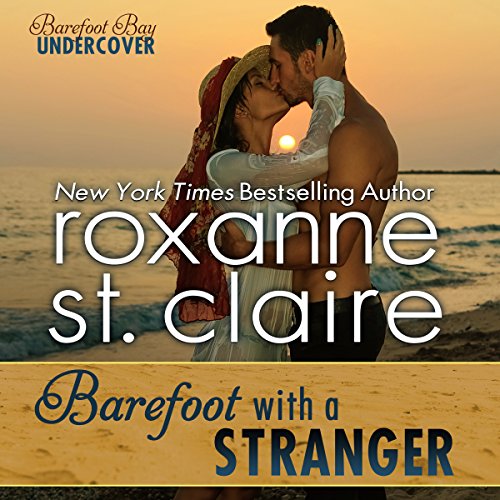 Barefoot With a Stranger

Francesca Rossi might be the youngest in a long line of badass siblings, but this computer whiz would rather hack a database than pack a pistol for the family business in Barefoot Bay. When an assignment forces her out of her comfort zone and into the field, Chessie decides to amp up the excitement quotient and has her first one night stand with a smokin' hot stranger she'll never see again.

Former CIA agent Malcolm Harris is fresh out of prison for a crime he didn't commit and knows the government is watching his every move, waiting for him to slip up. But the only mistake he makes is to assume the sexy, sassy woman he seduces on the way to Barefoot Bay is a spy. He learns too late that the beauty he's bedded is really his best friend's sister...and his undercover partner on a risky mission.

Chessie and Mal have to stay one step ahead of the CIA, navigate their way through a perilous country, and fight the insane chemistry that sizzles between them. It doesn't take long for this hacker and spy to discover the power of their unplanned partnership...and learn that falling in love might be the riskiest business of all.

The Barefoot Bay Series is really several mini-series all set on one gorgeous island. Every single book in the series can be picked up and enjoyed whether you've experienced none, some, or all of the others. The complete series consists of the four original books that launched the series, followed by a trilogy of Billionaires, a trilogy of Brides, and a prequel plus trilogy of Undercover stories. This way, listeners can either enjoy a long series, or just sink into one of the trilogies for a shorter time commitment. There are a few boxed sets and free "first in trilogy" options so it won't cost too much to spend many days (and nights!) in Barefoot Bay. And there will be more next year!