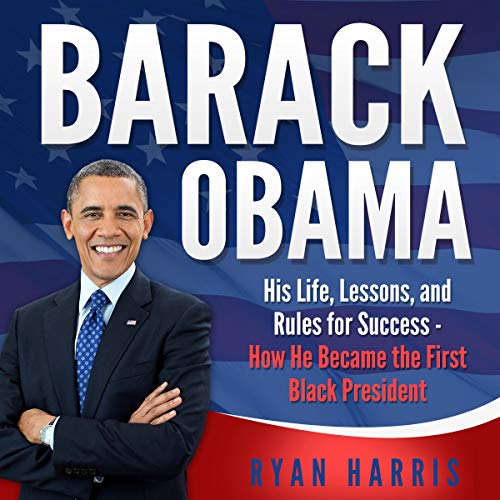 How much do you really know about America’s first black President?

This detailed book delves into the life and legacy of Barack Obama from his childhood and early years to the campaign which took him to the White House. With two terms and a wealth of achievements, this book takes a deeper look at the powerful mind-set that led Obama to The White House.

Containing his life lessons, rules for success, and the philosophies which helped him serve eight years as the leader of the free world, this audiobook is a powerful reminder that anybody can achieve great things if they have the right tools and a growth mind-set.

With his most notable quotes and the legacy he leaves behind, this book is a must-listen for anyone interested in both politics and personal success.