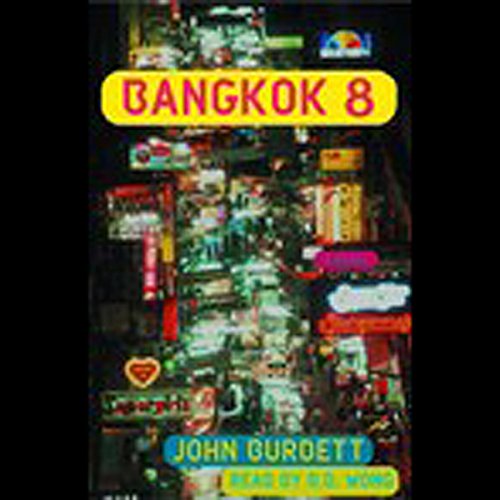 Electrifying, darkly comic, razor-edged - a thriller unlike any other.

Under a Bangkok bridge, inside a bolted-shut Mercedes: a murder by snake - a charismatic African-American Marine sergeant killed by a methamphetamine-stoked python and a swarm of stoned cobras.

Two cops - the only two in the city not on the take - arrive too late. Minutes later, only one is alive: Sonchai Jitpleecheep - a devout Buddhist, equally versed in the sacred and the profane - son of a long-gone Vietnam War G.I. and a Thai bar girl whose subsequent international clientele contributed richly to Sonchai’s sophistication.

Now, his partner dead, Sonchai is doubly compelled to find the murderer, to maneuver through the world he knows all to well - illicit drugs, prostitution, infinite corruption - and into a realm he has never before encountered: the moneyed underbelly of the city, where desire rules and the human body is no less custom-designable than a raw hunk of jade. And where Sonchai tracks the killer - and a predator of an even more sinister variety.

Thick with the authentic - and hallucinogenic - atmosphere of Bangkok, crowded with astonishing characters, uniquely smart and skeptical, literary and wildly readable, Bangkok 8 is one of a kind.

"An intriguing, fresh take on noir." ( Publishers Weekly)
"A stunning thriller! Bangkok 8 is suspense at its best: a masterfully written tale set in a world that's perfectly evoked and populated with compelling, flesh-and-blood characters." (Jeffery Deaver, author of The Vanished Man)