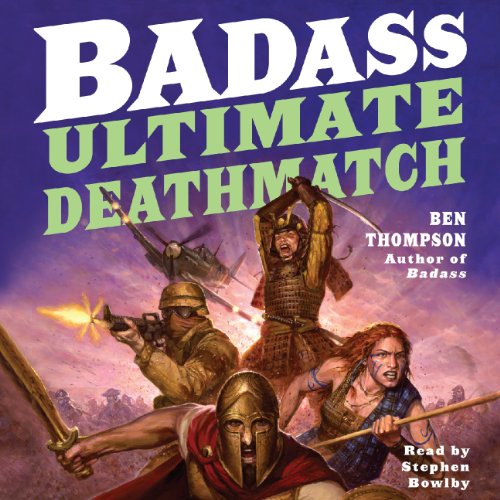 Unstoppable true stories of the most hardcore showdowns, last stands, and military engagements of all time! When only one can live, it's an ultimate deathmatch!

This ain't no table tennis. You're not here to skip rope with your niece. You're here to witness the catastrophically awesome exploits of history's greatest badasses. Not only that, you're here to see what happens when badasses collide, when glory and doom hang in the balance, when two men enter one man leaves. If you dare listen, you'll hear the stories of....