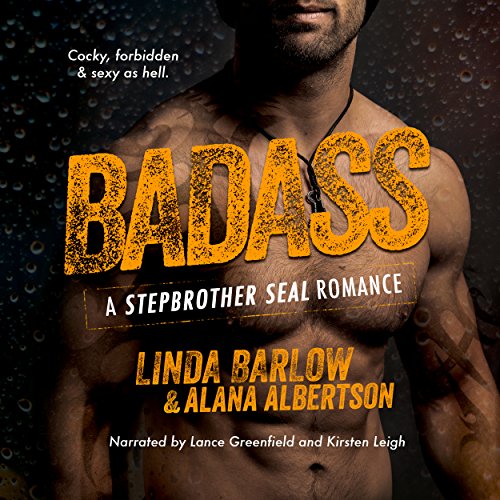 I f--ked a SEAL - the human kind, the kind who shoots terrorists, sports rock hard abs and tattooed biceps, and scores an easy lay with every girl he ever wants. I should've known better. I should be studying harbor seals' native habits, not conducting my own research into mating rituals of the Navy variety. He's a jackass. An arrogant, womanizing, patronizing, Harley-riding jerk. A one-night stand. One night of the most incredible sex I've ever had. Shane is trained to kill with his bare hands in 300 different ways - and he knows 300 ways to f--k me, too. Now my father is engaged to his mother. And we're heading to Mexico for the wedding. The prick is blackmailing me. He's threatening to ruin their big day if I don't surrender to his demands. Quit is not in his vocabulary. I hate him, but I know he'll never give up until he gets everything he wants. Screw that! I won't give up - I'll never submit to America's cockiest badass.

A badass Seal and a sassy Marine biologist on the ride of their lives. The adventure is fast-paced? exciting and thrilling and the romance steaming, bone-meltingly hot. And is there anything sexier on earth than a man who is prepared to fight to protect you - and more than capable of it, too? Great storyline and well read. Bravo!