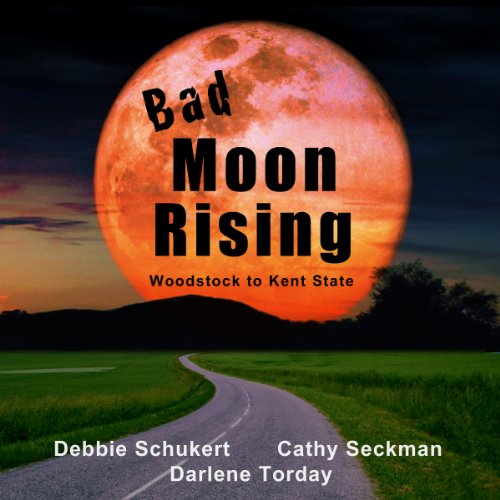 Peace, love, murder . . . The love that symbolized Woodstock changes for Riley, Heather, Ritchie, Lance, and Terry when they return to Kent State University and are drawn into a murder investigation. Two drifters, Laurel and Mango, are also caught up in the investigation with the Kent students they'd met at Woodstock. Products of their times, the friends freely embrace sex, violence, drugs, and rock and roll.

While the Ohio National Guard shoots real bullets at protesting students, our characters face the reality that one of their own could be a murderer. Will they find a way back to their friendships, solve the murder, and embrace love that lasts a lifetime? Between Woodstock and the Kent State shootings, the characters mature and change as they make decisions that will affect the rest of their lives. This fictional story is set in 1969-70, when both the country and its young people, were irrevocably altered.