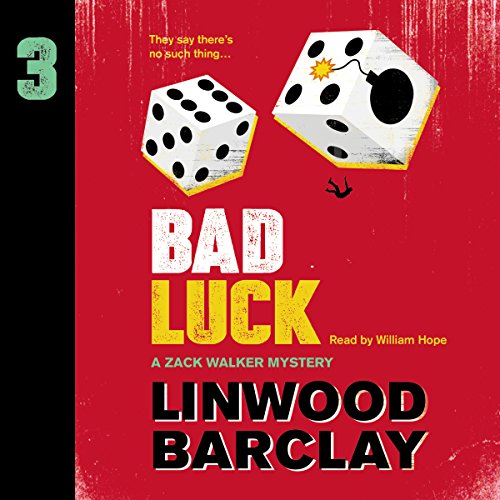 Zack Walker, the most unlikely of detectives, faces a new mystery to unravel in this brilliantly funny crime thriller from best-selling author Linwood Barclay.

Newspaper writer, family man and reluctant hero Zack Walker has stumbled onto some dicey stories before but nothing like what he's about to uncover when a mutilated corpse is found at his father's lakeside fishing camp. As always, Zack fears the worst. And this time his paranoid worldview is dead on.

While the locals attribute the death to a bear attack, Zack suspects something far more ominous - a predator whose weapons include arson, assault, and enough wacko beliefs to fuel a dozen hate groups. Then another body is discovered, and a large supply of fertilizer goes missing, evoking memories of the Oklahoma City bombing. But it's when he learns that his neighbour is a classic Lone Wolf - FBI parlance for a solo fanatic hell-bent on using high body counts to make political statements - that Zack realizes the idyllic town of his childhood is under siege. The fuse is lit to a catastrophe of unimaginable terror. And with time running out, Zack must face off with a madman.