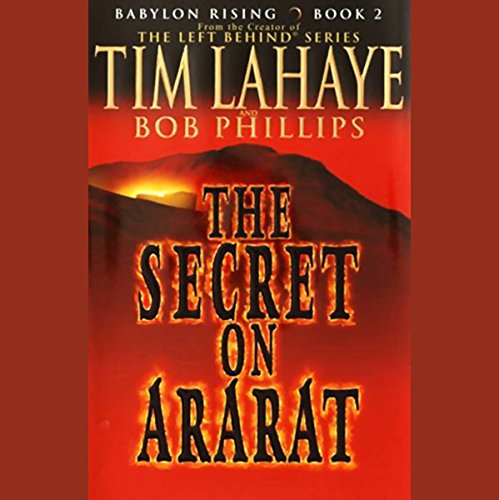 In Babylon Rising, Tim LaHaye began an adventure series that he calls even more exciting than his 50-million-plus-copy best-selling Left Behind series. Readers agreed, as the novel debuted as a Top 10 New York Times best seller.

Now, in the second Babylon Rising novel, Biblical scholar, archaeologist, professor, and hero for our times Michael Murphy is in pursuit of one of the most mysterious and sought-after of all Biblical artifacts, Noah's Ark. As Murphy undertakes his death-defying quest to ascend Mount Ararat, he will discover dramatic revelations of Biblical prophecies and be drawn even closer to the most terrifying evil about to be unleashed on all mankind.

With The Secret on Ararat following close on the heels of Glorious Appearing, the fastest-selling Left Behind novel ever, Tim LaHaye will further prove to be one of the most fascinating and popular storytellers of our time.