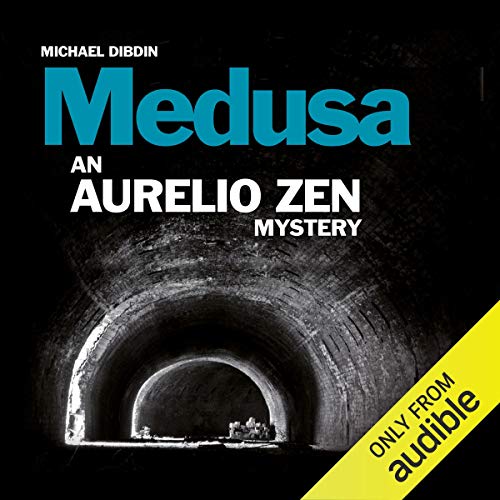 When a group of Austrian cavers exploring a network of abandoned military tunnels in the Italian Alps come across human remains at the bottom of a deep shaft, everyone assumes the death was accidental - until the still unidentified body is stolen from the morgue and the Defence Ministry puts a news blackout on the case.

And is the recent car bombing in Campione d'Italia, a tiny tax haven surrounded on all sides by Switzerland, somehow related? The whole affair has the whiff of political intrigue. That's enough to interest Aurelio Zen's boss at the Interior Ministry, who wants to know who is hiding what from who and why.

The search for the truth leads Zen back into the murky history of postwar Italy and obscure corners of modern-day society to uncover the truth about a crime that everyone thought was as dead and buried as the victim.

Michael Dibdin was born in 1947. He went to school in Northern Ireland and later to Sussex University and the University of Alberta in Canada. He lived in Seattle. After completing his first novel, The Last Sherlock Holmes Story, in 1978, he spent four years in Italy teaching English at the University of Perugia. His second novel, A Rich Full Death, was published in 1986. It was followed by Ratking in 1988, which won the Gold Dagger Award for the Best Crime Novel of the year and introduced us to his Italian detective - Inspector Aurelio Zen.

In 1989 The Tryst was published to great acclaim and was followed by Vendetta in 1990, the second story in the Zen series. His last novel, End Games, was published posthumously in July 2007.

"Crime writers don't get much better than Michael Dibdin." (Independent)
"Michael Dibdin is a Milton, it would seem, to Conan Doyle's Shakespeare." (Daily Telegraph)
"Zen is back at the height of his powers." (Scotsman)