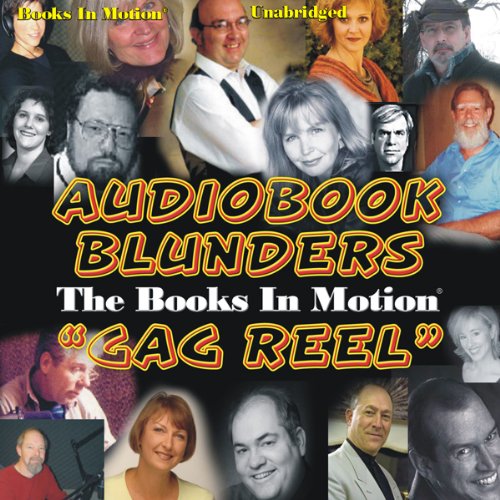 Have you ever wondered what happens behind the scenes during an audiobook recording session? Here is your opportunity to find out! Sometimes the words don't flow quite as easily as you would think, and when the performers run into a tongue twister, the results can be hilarious and bring out the true personalities of our readers.

We will put you behind the microphone and in the booth with Kris Faulkner, Cameron Beierle, Jerry Sciarrio, Gene Engene, Rebecca Cook, Reed McColm, and many other popular Books In Motion readers as they try to recover from an accent malfunction, or attempt to hold back a giggling episode.

As recording sessions would sometimes turn into a comedy of errors, our engineers began a tradition of saving the best outtakes to play back for their own amusement or at company parties. After years of compiling these snippets, we ended up with over two hours of bloopers, and we thought that our faithful customers would enjoy these rare moments as well, and appreciate an invitation inside the making of an audiobook.