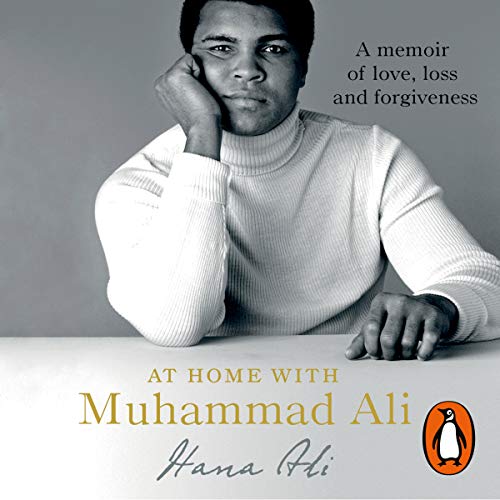 At Home with Muhammad Ali

Random House presents the audiobook edition of At Home with Muhammad Ali by Hana Ali, read by Kim Staunton.

At Home with Muhammad Ali is an intimate behind-the-scenes portrait of a legend, a man admired and respected as the greatest sporting icon of our age, written by Ali’s daughter Hana.

As Muhammad Ali approached the end of his astonishing boxing career, he strove to embrace a new purpose and role in life beyond the ring. It was a role that would see him take centre stage as an ambassador for peace and friendship whilst at the same time attempting to find balance and harmony with his many commitments and responsibilities as a husband, devoted father, son and friend.

In the 1970s Ali began recording a series of audio diaries, mostly in his LA home. Through these private tapes as well as personal journals and love letters, we discover Ali the family man and see how, despite the complexities of his personal life, he went to extraordinary lengths to keep all of his nine children united and to help others - be they family, friend or stranger. We also hear of the everyday adventures the family experienced, with visitors such as Michael Jackson, Clint Eastwood and John Travolta dropping by.

Candid and revealing, At Home with Muhammad Ali is more than Hana’s family memoir. It is a moving and poignant letter of love and affection from a daughter to a father.