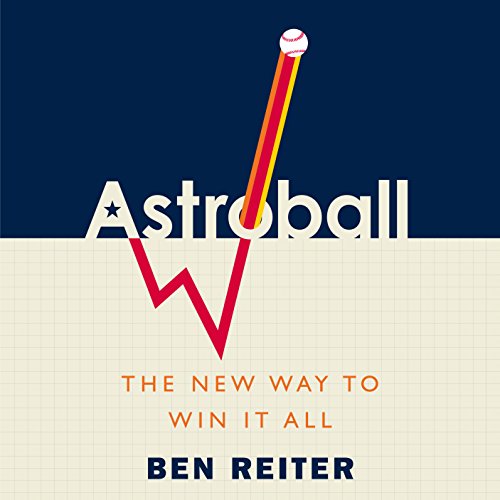 The inside story of the Houston Astros, whose relentless innovation took them from the worst team in baseball to the World Series in 2017 and 2019

“Reiter’s superb narrative of how the team got there provides powerful insights into how organizations - not just baseball clubs - work best.” (The Wall Street Journal)

Astroball picks up where Michael Lewis’s acclaimed Moneyball leaves off, telling the thrilling story of a championship team that pushed both the sport and business of baseball to the next level.

In 2014, the Astros were the worst baseball team in half a century, but just three years later they defied critics to win a stunning World Series. In this book, Ben Reiter shows how the Astros built a system that avoided the stats-versus-scouts divide by giving the human factor a key role in their decision-making.

Sitting at the nexus of sports, business, and innovation, Astroball is the story of the next wave of thinking in baseball and beyond, at once a remarkable underdog tale and a fascinating look at the cutting edge of evaluating and optimizing human potential.

“Reiter’s superb narrative of how the team got there provides powerful insights into how organizations - not just baseball clubs - work best.” (Wall Street Journal)

"Colorful...Astroball plays like a giant crossword puzzle as pieces of the team are slotted in leading up to the franchise's historic moment." (USA Today)

"Astroball is the baseball book of the year, essential for baseball executives at every level, accessible and fun for fans." (Star Tribune)