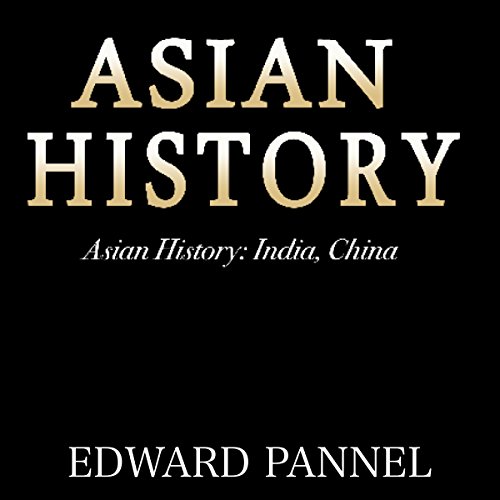 Asia is the largest and most diverse continent in the world. With so many cultures, languages, and religions, it’s difficult not to fall in love with everything Asia has to offer. Furthermore, the history of Asia is packed with interesting events, people, and locations that helped shape the continent into what it is today. So, let’s dive right in and learn more about two of its biggest power nations.

India: History of India - From Prehistoric Settlements to the Modern Republic of India

India is the home of ancient religions and practices. It is a nation whose fascinating history teaches us about tolerance, diversity, and unity. This far-reaching subcontinent has been the place where great empires have developed, the place of monumental battles, the place of foreign invaders, and the place of birth of various cultures and religions.

This audiobook represents a compelling illustration of one of the world’s oldest civilizations, the road it followed to reach the place where it is today, and the primary elements that shaped its culture. It is a narrative that takes you from the ancient beginnings of the nation to modern-day India.

China: History of China - History of an Empire: A Historical Overview of China & East Asia Including Ancient China, Communism, & Capitalism

Dip into Chinese history today and learn about the rulers, foes, politics, and wars that shaped modern thinking and built the foundation of one of the most powerful nations in the world. Discover how China emerged from centuries of isolation and transcended famine and civil war to become the power nation it is today. Learn how and why this once reclusive nation opened up its borders, leaped forward, and grew into a bustling metropolis.