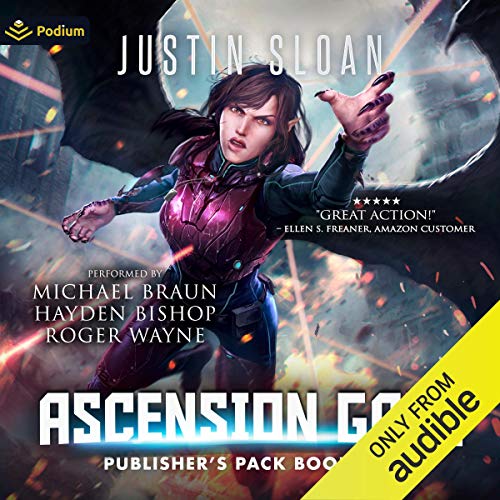 Contains books 3 and 4 of the Ascension Gate series.

With new alliances and powers beyond comprehension, our team seems unstoppable. That is, until they uncover the reason so much of our past has been buried.

Shrina went from FBI to kickass demi-dragon, but a new power is rising and it's up to her to stop it. In space, Espinoza and his team have a new world to explore, while Trent has brought the intergalactic war to new levels.

The Exiles' time has come. They will reopen the portals, bringing a new era of chaos to the universe.

Not if our team of heroes can stop them. Shrina with her dragon powers, Trent with his light, and Espinoza with his bloodbag companions. As their paths bring them together, it's up to them to keep the rest of the universe from becoming enslaved by the Exiles.

Our Marines might have found new friends in strange places, but can they be trusted? Will rebel factions win in their refusal to accept help from Earth?