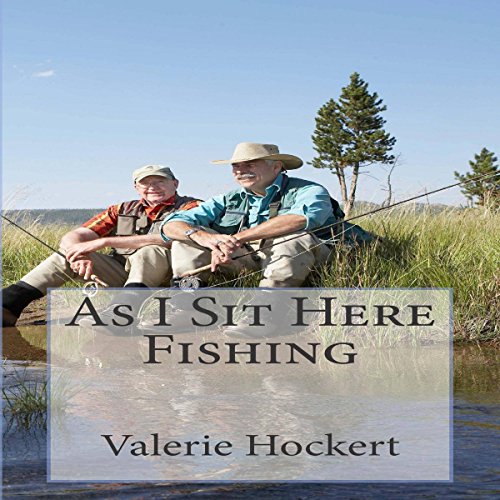 As I Sit Here Fishing

As Jack is fishing in one of Minnesota's 10,000 lakes, he questions things and then his mind wonders with each fish he catches.

The Walleye eats twice a day - morning and at sunset. He never really thought of that before, although he usually doesn't go fishing by himself, but his buddies all had other things to do today. Eating in the morning - breakfast... yes, one should eat breakfast. Funny thing, when one does, like those rare Sundays, when he goes to breakfast with the family after going to early church service, he feels satisfied and then doesn't eat until early evening, and then it is light - like a chicken breast salad. Maybe he should eat that way every day and he would lose his beer gut.

Speaking of beer guts. What a load of crap. And speaking of Crappie, where did that name come from? Although most people he knows pronounce it crop-pee. Crappies eat crap - like insects, minnows, and other small fish. Maybe that's how it got its name. A bit like Big Bill who scares people so much with his gruff ways... maybe people think he'll eat them. Although he might, and spit them out if he had the chance. Like the purple people eater. Speaking of that, he does wear a lot of purple shirts - deep purple t-shirts and light purple dress shirts. And green.

Jack continues to compare each important person in his life to the fish in the water, and in doing so has a revelation....