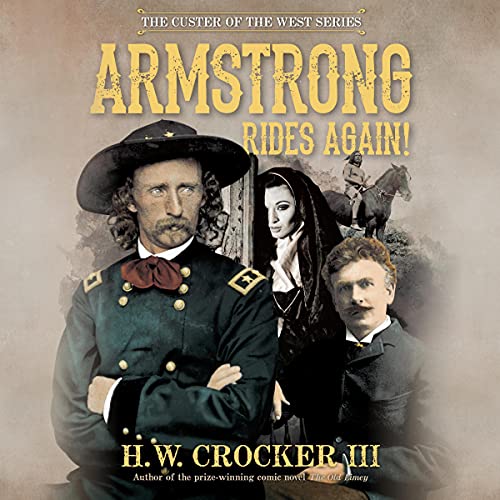 In Armstrong, the first volume in the Custer of the West series, George Armstrong Custer survived the battle at the Little Big Horn, assumed a new identity (Marshal Armstrong Armstrong) and with the help of a multilingual Indian scout, cancan dancers, Chinese acrobats, a savage dog, and a Southern cardsharp, saved the town of Bloody Gulch, Montana, from the oppression of a corrupt Indian trader.

Now, Armstrong is back, in Armstrong Rides Again!, making common cause with the writer (and former Union officer) Ambrose Bierce, and serving as a soldier of fortune in the strife-torn Latin American island of Neustraguano, where romance, intrigue, a rumbling volcano, revolutionaries, smugglers, treasure, and a civil war all combine for a rip-roaring sequel.