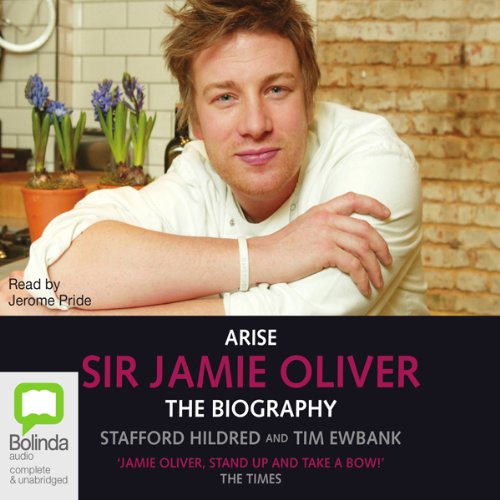 Jamie rose from humble pastry chef to television star by catching the eye of producers during a documentary about the River Café,where he was working at the time. His onscreen charisma meant he featured heavily in the finished documentary; the offers came flooding in, and so The Naked Chef was born. Jamie’s passion shone through and drew in a younger audience. Cooking became cool!

Through his Fifteen charity restaurant and campaigns to ban unhealthy food in schools and get Britain cooking again, Jamie has proven to be more than simply a celebrity chef. His desire to bring about radical change has seen him meet with top politicians and raise millions for his causes. Here is the intimate story behind the devoted husband and father of two, television celebrity, political animal, and talented chef.