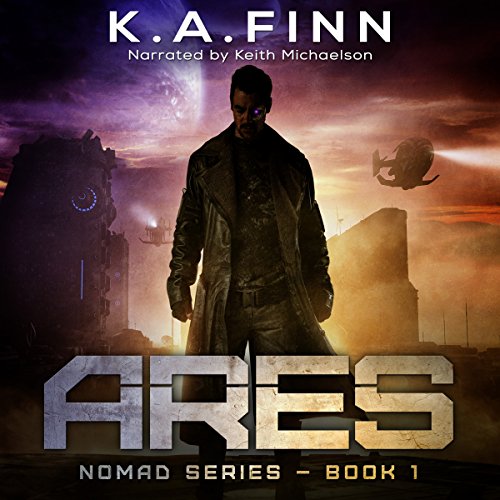 He wasn't expected to survive, and for 20 years, he has managed to stay off their radar. Until now. Until her.

Gryffin was the sole survivor of The Foundation's experimental project to transform human children into hybrid cyborgs - half human, half machine. The program failed and he was sent on a one way trip into The Outer Sector where he was left for dead. He has survived for 20 years by suppressing his human emotions and embracing his machine side.

Officer Terra Rush believes in her duty to the Foundation. The Sector needs to be prepared for colonization, and nothing can stop her from doing her job... except him. When Gryffin saves her from an attack, Terra uncovers a terrible secret. The Foundation has been lying to her... and maybe they still are.

They have labelled Gryffin a killing machine, yet he acts more human than many of The Foundation's leaders. He has awakened intense feelings in Terra that throw her loyalties into question, and even though he pushes her away, she is determined to find out the truth about the cyborg program.

Gryffin refuses to be a mindless soldier, yet escaping The Foundation's control and stopping the colonization of his home will require Terra's help. Can Gryffin overcome the machine inside and trust her? Or will getting in touch with his human emotions destroy him once and for all?