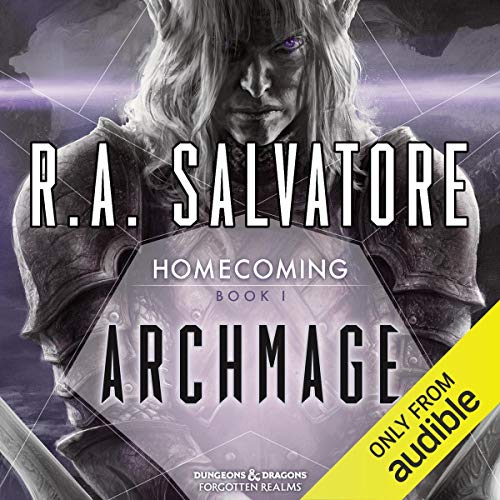 The pall that had descended over the North is gone, and a new day has dawned on a victorious Mithral Hall, but no matter how bright things seem on the surface, Drizzt and his companions know that what lurks just under their feet remains steeped in evil and charged with unimaginable power. The dark elves of Menzoberranzan, including the powerful Archmage Gromph, aren't done with Drizzt yet. And consumed by their own power struggles, feeling backed into a corner, the drow may just be desperate enough to call on demonic forces from the deepest reaches of the Abyss and unleash a disaster even the Underdark could never have prepared for. Archmage has everything Drizzt's fans crave: action, adventure, characters that resonate with equal measures of warrior spirit and deep compassion, and no shortage of wicked dark elves!