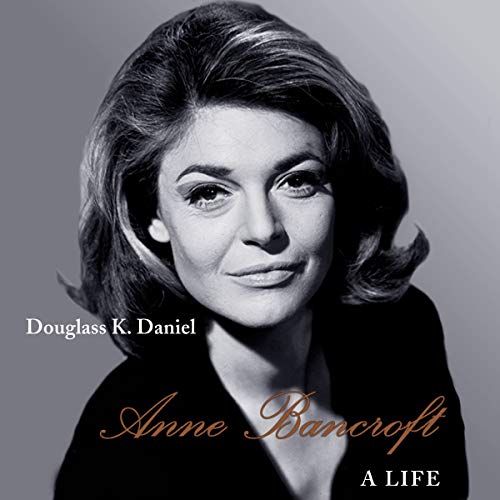 "Mrs. Robinson, you're trying to seduce me. Aren't you?" These famous lines from The Graduate (1967) would forever link Anne Bancroft (1931-2005) to the groundbreaking film and confirm her status as a movie icon. Along with her portrayal of Annie Sullivan in the stage and film drama The Miracle Worker, this role was a highlight of a career that spanned a half-century and brought Bancroft an Oscar, two Tonys, and two Emmy awards.

In the first biography to cover the entire scope of Bancroft's life and career, Douglass K. Daniel reveals how, from a young age, Bancroft was committed to challenging herself and strengthening her craft. Her talent (and good timing) led to a breakthrough role in Two for the Seesaw, which made her a Broadway star overnight. The role of Helen Keller's devoted teacher in the stage version of The Miracle Worker would follow, and Bancroft also starred in the movie adaption of the play, which earned her an Academy Award. She went on to appear in dozens of film, theater, and television productions, including several movies directed or produced by her husband, Mel Brooks.

Anne Bancroft: A Life offers new insights into the life and career of a determined actress who left an indelible mark.

"A thorough and loving portrait of an actress who never tired of exploring her inner life to give her best performance." (Library Journal)

"This is a classy, first-rate biography. It really brings Anne Bancroft alive for readers and offers up more than most books of this type." (Classic Images)