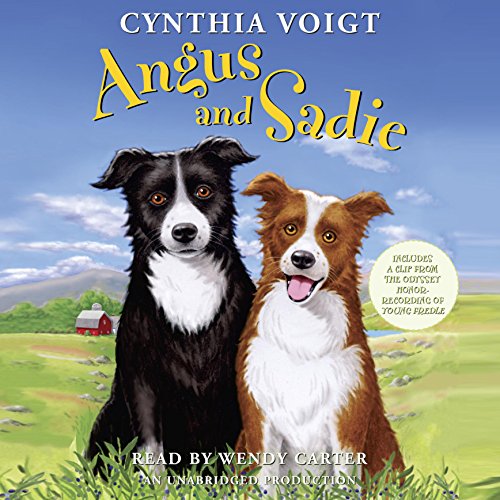 Angus is black and white and strong.

Sadie is reddish brown and white and small.

Angus and Sadie are brother and sister. Angus is bigger. He is a good, brave, and clever dog - and he likes that. Sadie isn't as quick to learn - or to obey. When cats jump at her, she yelps and runs away. Angus thinks that means she's scared of everything. But Sadie isn't so sure that's true.

Newbery Medalist Cynthia Voigt's story of border collie puppies growing up on a farm in Maine is for animal lovers of all ages, and for anyone who's ever had - or wondered what it would be like to have - a brother or sister just like themselves, but very, very different.