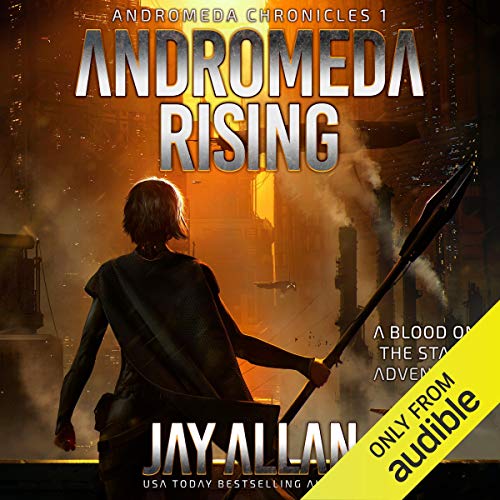 An industrial hell. The foulest and most decrepit slum on Parsephon. A nest of human misery, where hope is word long forgotten, and the dead are carted away every day. It is the worst pit in the Confederation’s great industrial machine known as the Iron Belt.

Among the millions born into misery, poverty, and despair under the dark and smoky haze that covers the planet, Andromeda Lafarge is unique. One lost soul among billions, she is tough, relentless, determined to get out, to escape, to blaze her own trail, and to make a name for herself across the stars.

Andi will break the chains binding her to a life of destitution, leave the Gut and Parsephon behind forever, and plunge into the dark and deadly worlds of the lost empire, prospecting for imperial artifacts, the bits and pieces of old tech that can make her rich. She will find new friends - and enemies - on the frontier, and she will blaze a trail from the filthy, polluted Iron Belt world of her birth to the dead and haunted imperial planets of the Badlands.

She will fight, endure hardships unimaginable, save comrades...and lose some, too. She will struggle to amass wealth, to do whatever is necessary to ensure she will never again be helpless, and she will bring back the technology of the ancients, scraps of mankind’s lost legacy, to do it.

She will create a name for herself among the rough and tumble adventurers who ply the rogue trade in ancient tech. For some, she will become one to emulate, to follow. To others, her name will become the foulest of curses. She will make her way, blade and pistol in hand, from one dead and ancient world to another.