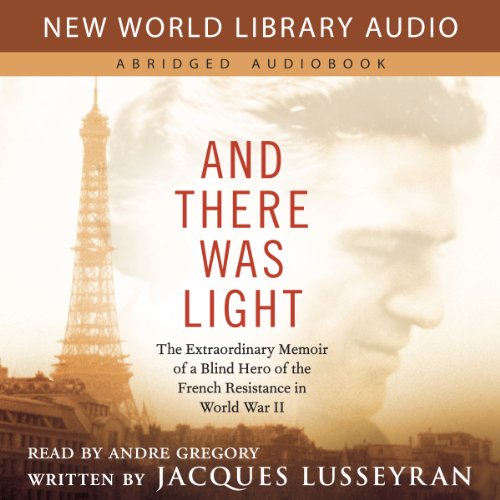 And There Was Light

And There Was Light

This digital audiobook was created from the only remaining analog source and contains a slight tape hiss.

When Jacques Lusseyran was an eight-year-old Parisian schoolboy, he was blinded in an accident. He finished his schooling determined to participate in the world around him. In 1941, when he was seventeen, that world was Nazi-occupied France. Lusseyran formed a resistance group with fifty-two boys and used his heightened senses to recruit the best. Eventually, Lusseyran was arrested and sent to the Buchenwald concentration camp in a transport of two thousand resistance fighters. He was one of only thirty from the transport to survive. His gripping story is one of the most powerful and insightful descriptions of living and thriving with blindness, or indeed any challenge, ever published.