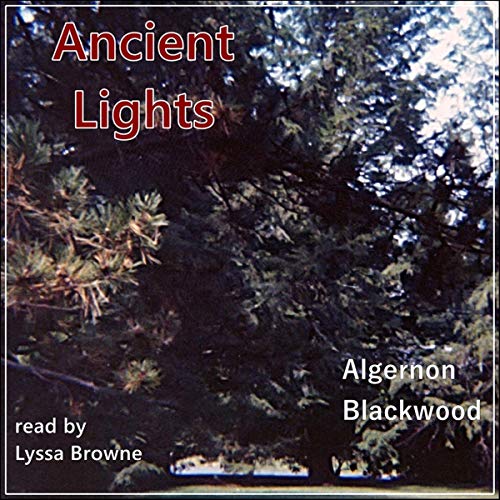 Ancient Lights, written by Algernon Blackwood in 1912 and published two years later, is the tale of a man hired to remove a standing grove of trees so the owner's house can maintain the direct light and view that it has enjoyed for a number of years.

Algernon Henry Blackwood (March 14, 1869-December 10, 1951) was an English writer of tales of the supernatural. Although Blackwood wrote a number of horror stories, his most typical work seeks less to frighten than to induce a sense of awe. His best stories, such as those collected in the book Incredible Adventures, are masterpieces of atmosphere, construction, and suggestion.

Lyssa Browne started performing in theatre when she was very young. After receiving a Bachelor of Arts degree in Theatre and Dance, she moved to Seattle where she has performed in many area theatre companies. Lyssa's voice can be heard as many different characters in Nintendo and X-Box games, as well as the narrator of documentaries for the Discovery Channel and others.