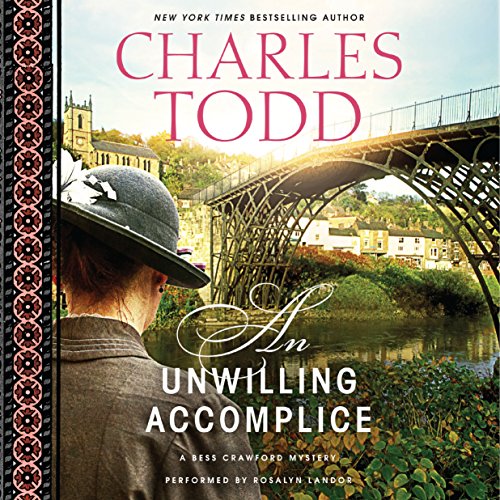 World War I battlefield nurse Bess Crawford's career and life are in jeopardy when a murder is committed on her watch, in this absorbing and atmospheric historical mystery from New York Times best-selling author Charles Todd.

Arriving in London on leave, Bess Crawford receives an unusual summons from the War Office. She's been requested to accompany a wounded soldier to Buckingham Palace, where he's to be decorated for gallantry by King George himself.

Though she is certain she's never met or nursed Sergeant Jason Wilkins, she cannot refuse the honor. Heavily bandaged and confined to a wheelchair, the soldier will be in her care for barely a day. But on the morning after the ceremony when Bess goes to collect her charge for his return journey, she finds the room empty. Both the Army and the Nursing Service hold Bess to blame for losing the war hero. There is a humiliating inquiry, and the incident is noted in her record.

More disturbing news complicates her already difficult situation: The Army now considers Wilkins a deserter, and Scotland Yard questions her when Wilkins is suspected of killing a man in cold blood. If Bess is to clear her name and return to duty in France, she must prove that she was never his accomplice. But the sergeant has disappeared again and neither the Army nor the police can find him.

The moral implications - that a patient in her charge has committed murder - become more important to Bess than her own future. Accompanied by her friend Simon Brandon, she heads north to find the missing man herself.

Carefully questioning suspicious locals, Bess and Simon follow a trail of clues across England. Drawn into a mystery that seems to grow darker with every discovery, they realize that this man has brought the war home to remote places far from the killing fields of France. But will uncovering the truth put more innocent people in jeopardy?