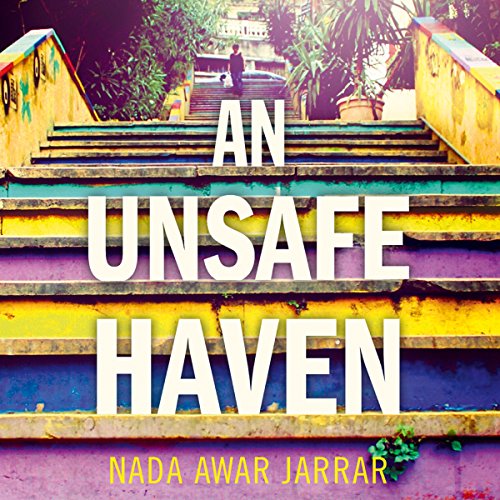 Set in contemporary Beirut, a rich, illuminating and deeply moving novel about a group of friends whose lives are shaped and affected daily by the war in Syria.

Imagine trying to live a normal life in a world which changes daily and where nothing is certain....

Hannah has deep roots in Beirut, the city of her birth and of her family. Her American husband, Peter, has certainty only in her. They thought that they were used to the upheavals in Lebanon, but as the war in neighbouring Syria enters its fifth year, the region's increasingly fragile state begins to impact their lives in wholly different ways.

An incident in a busy street brings them into direct contact with a Syrian refugee and her son. As they work to reunite Fatima with her family, her story forces Hannah to face the crisis of the expanding refugee camps and to question the very future of her homeland. And when their close friend, Anas, an artist, arrives to open his exhibition, shocking news from his home in Damascus raises uncomfortable questions about his loyalty to his family and his country.

Heartrending and beautifully written, An Unsafe Haven is a universal story of people whose lives are tested and transformed as they wrestle with the anguish of war, displacement and loss but also with the vital need for hope.

Praise for Somewhere, Home:
"A picture of lyrical simplicity...her style is subtle and leaves the reader with an urge to find out more about the places and people she has created." (Observer)

Praise for A Good Land:
"It's an intense encounter with a mysterious and complicated place. Jarrar's movement between tenses and time zones serves to convince the reader that past and present cannot be separated...." (Time Out)

Praise for Dreams of Water:
"The beauty of this novel lies in its images which are vivid and strange, sometimes even fantastical.... There is comfort in reading about characters, all of whom are withdrawn and inhibited, yet who are shown as capable of great tenderness." (Times Literary Supplement)
"A slow-burning, powerful story of loss and grief." (Good Housekeeping)
"Twenty years ago, when civil war broke out in Lebanon, Nada Awar Jarrar was forced to flee with her family. Her novel Dreams of Water recasts this experience in a tale about a family whose son goes missing in war-ravaged Beirut." (Vogue)

"Captivating.... There's a breadth of humanity in An Unsafe Haven which is very moving. I loved the sense of Lebanon and of what is unique and precious about the Arab world." (Helen Dunmore)