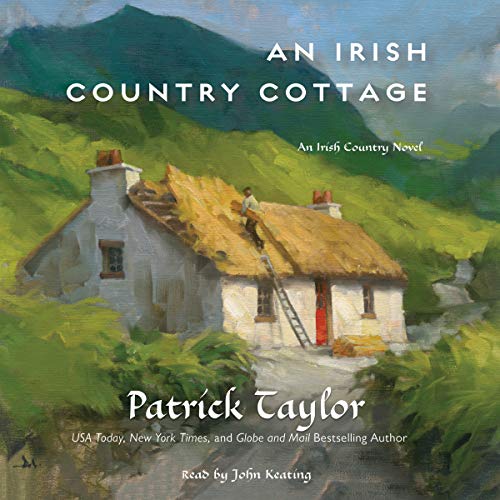 The New Year brings challenges and changes to the colorful Irish village of Ballybucklebo. The Christmas holidays have barely passed before a fire engulfs the humble thatched cottage housing of Donal Donnally and his family. Although the family escapes the blaze more or less unsinged, Donal, his wife, their three small children, and their beloved dog find themselves with nothing left but the clothes on their back.

Good thing Doctors O’Reilly and Laverty are on hand to rally the good people of Ballybucklebo to come to their aid. Rebuilding the cottage won’t be quick or easy, but good neighbors from all walks of life will see to it that the Donallys get back on their feet again, no matter what it takes.

Meanwhile, matters of procreation occupy the doctors and their patients. Young Barry Laverty and his wife, Sue, frustrated in their efforts to start a family, turn to modern medicine for answers. O’Reilly must tread carefully as he advises a married patient on how to avoid another dangerous pregnancy.

As a new and tumultuous decade approaches, sectarian division threaten to bring unrest to Ulster, but in Ballybucklebo at least, peace still reigns and neighbors look after neighbors.

Can't wait till the next!

John Keating's accents are once again absolutely spot on! The protagonists leave me once again feeling every struggle and triumph right along with them. SO VERY MUCH RECOMMENDED..but do give the others a listen first- this one has less context to "jump into". And I'm glad these last couple have dispensed with the alternating flashback chapters.