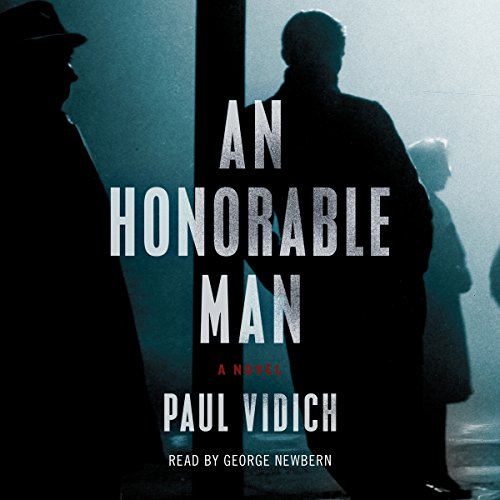 A debut espionage novel in the style of Alan Furst and John le Carré, An Honorable Man is a chilling Cold War spy thriller set in 1950s Washington, DC.

Washington DC, 1953. The Cold War is heating up: McCarthyism, with all its fear and demagoguery, is raging in the nation's capital, and Joseph Stalin's death has left a dangerous power vacuum in the Soviet Union.

The CIA, meanwhile, is reeling from a double agent within their midst. Someone is selling secrets to the Soviets, compromising missions around the globe. Undercover agents have been assassinated, and anti-Communist plots are being cut short in ruthlessly efficient fashion. The CIA director knows any news of the traitor, whose code name is Protocol, would be a national embarrassment and compromise the entire agency.

George Mueller seems to be the perfect man to help find the mole: Yale educated; extensive experience running missions in Eastern Europe; an operative so dedicated to his job that it left his marriage in tatters. The director trusts him. Mueller, though, has secrets of his own, and as he digs deeper into the case, making contact with a Soviet agent, suspicion begins to fall on him as well. Until Protocol is found, no one can be trusted, and everyone is at risk.