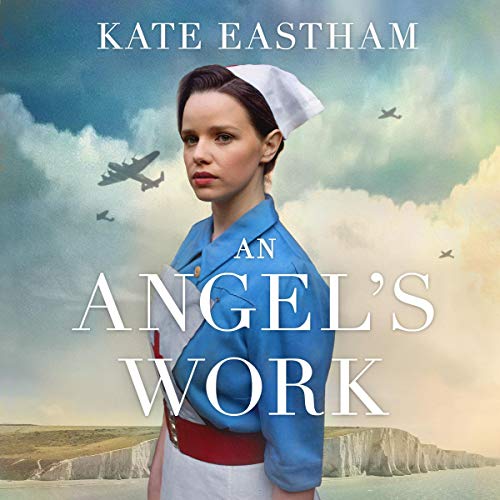 Jo forced herself to look into the cot, but at first all she could see was grey dust from the explosion. Then, a tiny hand poked out through a layer of grit. In seconds she had the child scooped up and she could feel its little body warm against her own. She felt an almost painful surge of emotion welling up from the pit of her stomach. With tears pouring down her cheeks, she stood rocking and soothing the baby, knowing there was very little chance the child’s mother had survived.

England, 1941. After three nights of relentless bombing from German aircraft, trained nurse Jo Brooks is told to report to the basement theater of Mill Road Hospital. She goes with a heavy heart, not wanting to leave behind her best friend Moira, who is desperately soothing new mothers on the maternity ward. As Jo arrives safely underground, the ward takes a direct hit.

Pulling herself from the rubble, Jo’s first priority must be her patients...but she can’t stop herself frantically searching for Moira. When Jo eventually finds her buried beneath a foot of bricks and stone; Moira is barely clinging to life. Jo makes a solemn vow: She will do whatever it takes to help the Allies win the war, even if it means sacrificing her own safety.

The opportunity to make good on her promise comes sooner than she expects - nurses are badly needed to evacuate wounded Allies across enemy lines. It will be dangerous, heartbreaking work, and her life will be at risk every moment, but Jo knows that the moment has come to prove herself at last....

A powerfully emotional wartime novel about friendship and love in the most terrible of circumstances. Perfect for fans of Diney Costeloe, Jean Grainger, and Soraya M. Lane.