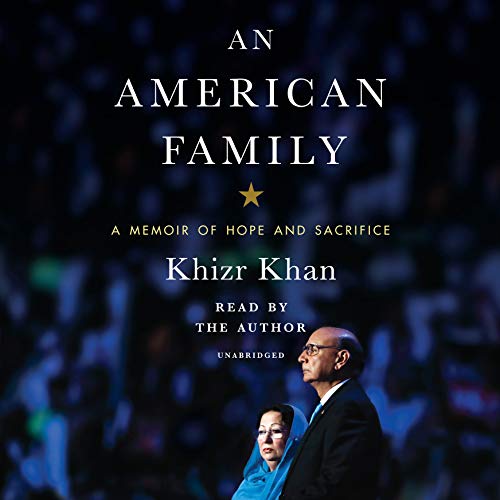 This inspiring memoir by the Gold Star parent and captivating DNC speaker is the story of one family's pursuit of the American dream and why - especially in these tumultuous times - we must not be afraid to step forward for what we believe in when it matters most.

An American Family is an intensely personal story about the nature of true patriotism and what it's like to risk everything you know for the promise of a 226-year-old piece of parchment. As Khizr Khan traces his remarkable journey - from humble beginnings on a poultry farm in Pakistan to obtaining a degree from Harvard Law School and raising a family in America - he shows what it means to leave the limitations of one's country behind for the best values and promises of another. He also tells the story of the Khans' middle child, US Army Captain Humayun Khan, who was killed while protecting his base camp in Iraq, and the ways in which their undying pride in him and his sacrifice have helped them endure the deepest despair a parent can know.

The book is a stark depiction of what an American looks like, what being a nation of immigrants really means, and what it is to live - rather than simply to pay lip service to - our ideals.