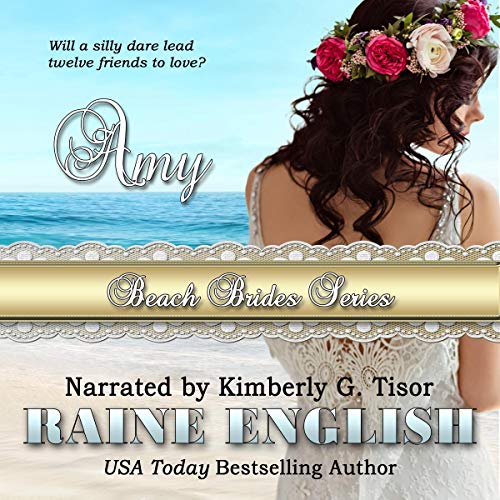 Grab your beach hat and a towel and prepare for a brand new series brought to you by 12 New York Times and USA Today bestselling authors....

You’ll want to listen to each one!

Twelve friends from the online group Romantic Hearts Book Club decide to finally meet in person during a destination Caribbean vacation to beautiful Enchanted Island. While of different ages and stages in life, these ladies have two things in common:

As a wildly silly dare during her last night on the island, each heroine decides to stuff a note in a bottle addressed to her “dream hero” and cast it out to sea!

It’s been three years and Amy Sheridan has yet to hear that her bottle’s been found, reaffirming her belief that love isn’t in her cards. So when the book club decides to return to the island for a reunion, she’s reluctant to go, until a psychic informs her that she’ll meet a handsome stranger there. Will romance be in her future after all?

Dawson Yates has it all...except a wife. Being a wealthy bachelor hasn’t been a problem until a talk show host questions his single status as CEO of a popular matchmaking service. After that, board members pressure him to give up his playboy lifestyle or step down from his position. Setting up a phony engagement at Enchanted Island seems like the perfect solution, until he learns that his chosen “bride” is already married. While pondering what to do next, he discovers a message in a bottle, wedged between some rocks. Could the author of the note be the answer he’s looking for, or will she steal his heart and break it in two?