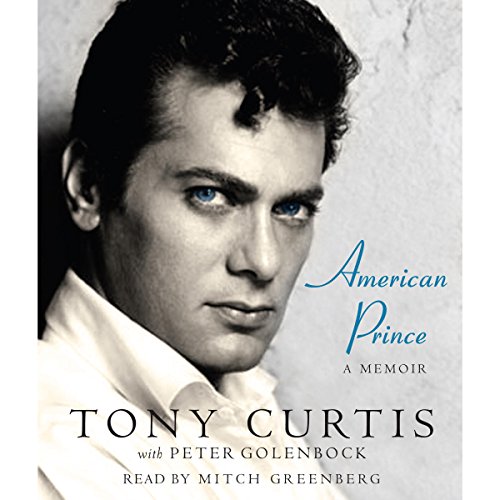 "All my life I had one dream and that was to be in the movies."

He was the Golden Boy of the Golden Age. A prince of the silver screen. Dashing and debonair, Tony Curtis arrived on the scene in a blaze of bright lights and celluloid. His good looks, smooth charm, and natural talent earned him fame, women, and adulation - Elvis copied his look and the Beatles put him on their Sgt. Pepper album cover. But the Hollywood life of his dreams brought both invincible highs and debilitating lows.

Now, in his captivating, no-holds-barred autobiography, Tony Curtis shares the agony and ecstasy of a private life in the public eye.

No simple tell-all, American Prince chronicles Hollywood during its heyday. Curtis revisits his immense body of work - including the unforgettable classics Houdini, Spartacus, and Some Like It Hot - and regales listeners with stories of his associations with Frank Sinatra, Laurence Olivier, director Billy Wilder, and film industry heavyweight Lew Wasserman, as well as paramours Natalie Wood and Marilyn Monroe, among others.

As forthright as he is enthralling, Tony Curtis offers intimate glimpses into his succession of failed marriages (and the one that has endured), his destructive drug addiction, and his passion as a painter.

Written with humor and grace, American Prince is a testament to the power of living the life of one's dreams.