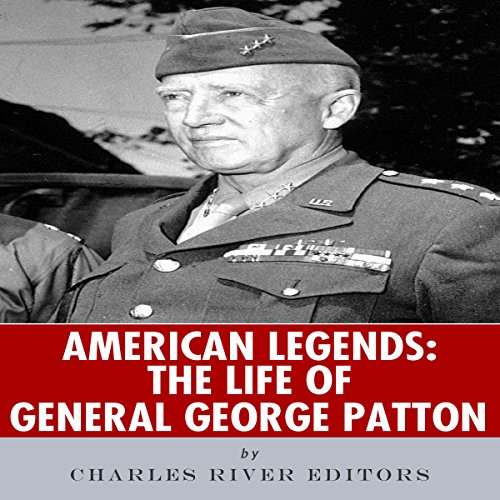 Rommel, Guderian, Liddell-Hart, and JFC Fuller were all early exponents and practitioners of armored warfare, tactics that were to break the stalemate that had characterized World War I. Advocates of the tank and above all speed, it was their ideas which decimated Saddam Hussein's forces in the 1990 Gulf War. But among the proponents and practitioners of armored warfare, the brash, bold, arrogant, and eccentric George S. Patton remains the world's greatest armored commander by the one yardstick that really counts: the battlefield. In 1944-45, Patton's Third Army raced across northern Europe, covering more ground and destroying more enemy resources than any other equivalent force in history.

Patton is one of America's most celebrated, but his story has its origins in the form of a shy, dyslexic boy who could cry uncontrollably and who viewed his own emotional intelligence as unmanly. Patton was a fascinating, complicated and controversial man whose life story ranges between genius, folly and tragedy, with absolute determination the one constant theme.

He was also a man constantly on the move, whether it was as an Olympic athlete or as one of the first American soldiers to work with tanks in World War I, but his life's work truly went toward revolutionizing warfare on and off the battlefield. Between the two World Wars, he wrote at length about mechanized warfare and tactics, and during the Second World War he worked his way up colorfully, controversially, and capably, all of which made him more conspicuous during the war. Patton's shocking death just a few months after the war ended ensured that the general died at the height of his fame and would always be remembered for his legendary attitude and exploits.

American Legends: The Life of General George Patton profiles the amazing life and career of the American war hero, while also examining his personality and analyzing his lasting legacy.

Like the audiobook on the life of Erwin Rommel offers this book a good introduction into the life of General Patton. It certainly doesn't cover everything. For instance not why he was such a good general. But it was certainly an entertaining audiobook.