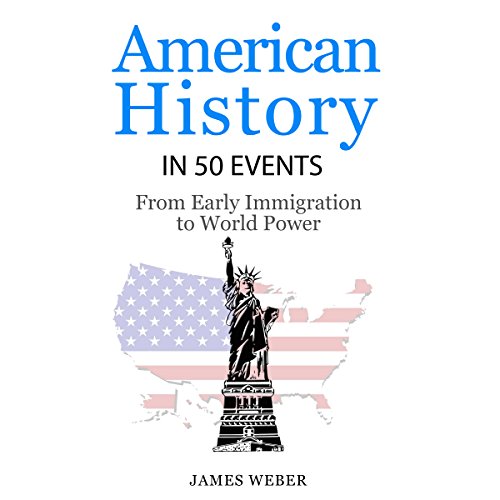 American History in 50 Events: From First Immigration to World Power

American History in 50 Events: From First Immigration to World Power

Do you want to know how the United States became the world power it is today? Hear about the 50 most important events in American history, from the first immigration to the only remaining world power after the Cold War.

This book will give you a comprehensive overview of US history. Author James Weber did the research and compiled this huge list of events that changed the course of this nation forever.

Some of them include:

All the major wars and conflicts from the American Revolution until the Iraq War are included. The book includes explanations of every event, making this the perfect resource for students and anyone wanting to broaden their knowledge in history.