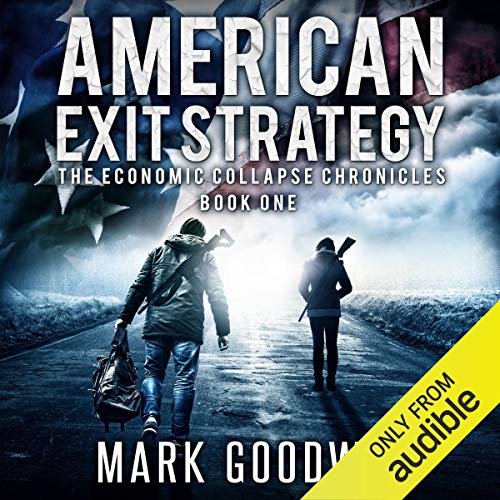 Liberty minded individuals and those who believe in the Constitution will find this near future dystopian novel to be right up their alley. Those who are looking to be more informed about the potential threats to America's financial stability will learn what to watch for and how to prepare themselves for an economic collapse.

America is on the cusp of financial annihilation. Matt and Karen Bair face the challenges of Main Street during a full scale financial meltdown. Government borrowing and monetary creation have reached their limits. When funds are no longer available for government programs, widespread civil unrest erupts across the country. Matt and Karen are forced to move to a more remote location and their level of preparedness is revealed as being much less adequate than they believed prior to the crisis.

Meanwhile, Paul Randall, a third party presidential candidate arises to push back against the welfare and warfare spending that have bankrupted our country. While he has gained expansive acceptance, the fight has just begun. Paul Randall proposes a plan to mitigate the coming hyper-inflationary collapse which is a mathematical certainty. His plan is known as The American Exit Strategy.

American Exit Strategy uses survival fiction to take an in-depth look at the real life politics and economics behind the issues that are likely to trigger a currency collapse or financial meltdown in the near future.

American Exit Strategy is a work of fiction…until it becomes history.