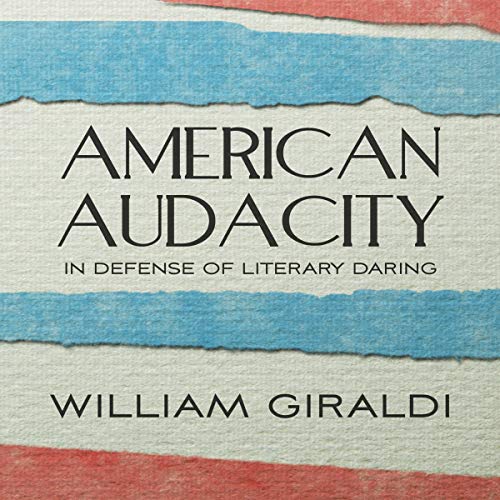 Over the last decade, William Giraldi has established himself as a charismatic and uncompromising literary essayist. American Audacity gathers Giraldi's fierce and witty considerations of American writers and themes, including a never-before-published appreciation of James Baldwin and an introductory call to arms for 21st-century American literature.

With deep seeing and enormous learning, Giraldi considers giants from the past (Herman Melville, Edgar Allan Poe, Harper Lee), some of our great living critics and novelists (Harold Bloom, Cynthia Ozick, Allan Gurganus, Elizabeth Spencer), and those cultural-literary themes that have concerned him as a novelist (best-selling books, the problem of Catholic fiction, and his viral essay on bibliophilia).

Demanding that literature be urgent and audacious, this audiobook is itself an act of intellectual and stylistic daring. At a time when literature is threatened by ceaseless electronic distraction, Giraldi reaffirms the pleasure and wisdom of literary values.