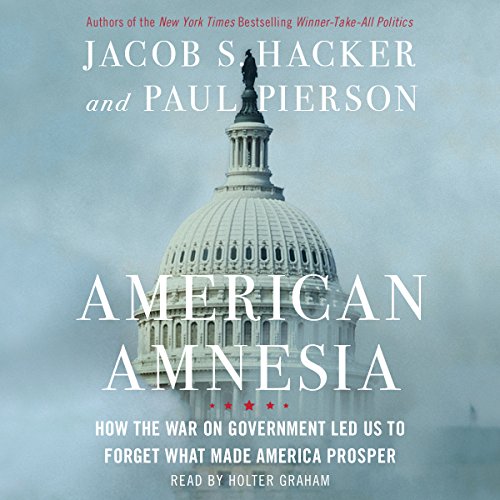 In Winner-Take-All Politics, Jacob S. Hacker and Paul Pierson explain how political elites have enabled and propelled plutocracy. They trace the economic and political history of the United States over the last century and show how a viable mixed economy has long been the dominant engine of America's prosperity.

Like every other prospering democracy, the United States developed a mixed economy that channeled the spirit of capitalism into strong growth and healthy social development. In this bargain, government and business were as much partners as rivals. Public investments in education, science, transportation, and technology laid the foundation for broadly based prosperity. Programs of economic security and progressive taxation provided a floor of protection, and business focused on the pursuit of profit - and government addressed needs business could not.

The mixed economy was the most important social innovation of the 20th century. It spread a previously unimaginable level of broad prosperity. It enabled steep increases in education, health, longevity, and economic security. And yet, extraordinarily, it is anathema to many current economic and political elites. And as the advocates of antigovernment free-market fundamentalism have gained power, they are hell-bent on scrapping the instrument of nearly a century of unprecedented economic and social progress. In American Amnesia, Hacker and Pierson explain how - and why - they must be stopped.