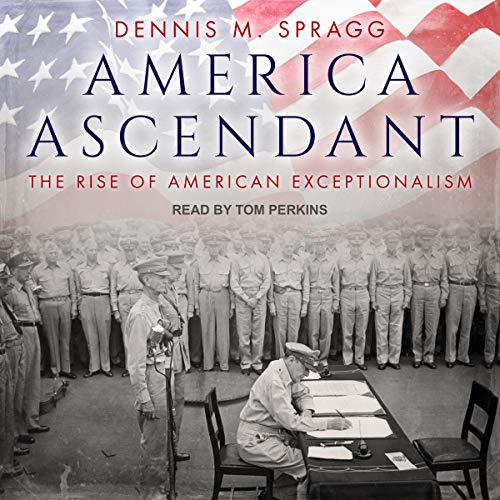 President Franklin D. Roosevelt organized an extraordinary partnership between the US government and America's media outlets to communicate to the reluctant and isolationist American public the nature of the threat that World War II posed to the nation and the world. The coalition's aim was to promote the concept of American exceptionalism and use it to galvanize the public for the government's cause.

America Ascendant details the efforts of many prominent individuals and officials to harness the collective energy of the nation and guide the United States throughout World War II then describes its aftermath and the Cold War period. Dennis M. Spragg demonstrates how the news and entertainment of American broadcasters such as David Sarnoff, William Paley, and Elmer Davis helped rally the American people to fashion a new liberal democratic order to stop the global spread of Communism.

This media-government alliance, however, was not achieved without difficulty. Spragg highlights the competing visions and personalities that clashed, as media and government leaders tried to develop the paradigm that ultimately shifted American cultural and political thought.