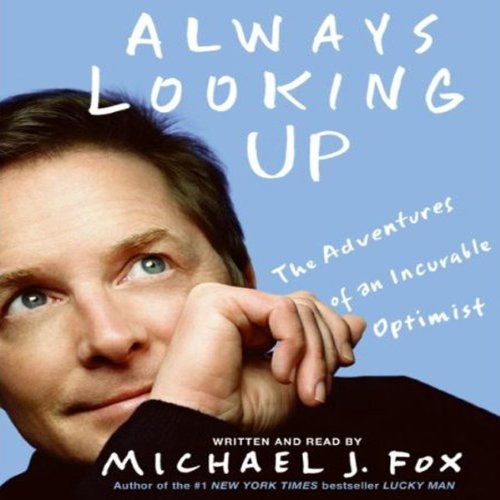 There are many words to describe Michael J. Fox: Actor. Husband. Father. Activist. But listeners of Always Looking Up will soon add another to the list: Optimist. Michael writes about the hard-won perspective that helped him see challenges as opportunities. Instead of building walls around himself, he developed a personal policy of engagement and discovery: an emotional, psychological, intellectual, and spiritual outlook that has served him throughout his struggle with Parkinson's disease.

Michael's exit from a very demanding, very public arena offered him the time and the inspiration to open up new doors leading to unexpected places. One door even led him to the center of his own family, the greatest destination of all.

Always Looking Up is a memoir of Michael's past decade, told through the critical themes of his life: work, politics, faith, and family. The book is a journey of self-discovery and reinvention, and a testament to the consolations that protect him from the ravages of Parkinson's.

With the humor and wit that captivated fans in his first book, Lucky Man, Michael describes how he became a happier, more satisfied person by recognizing the gifts of everyday life.