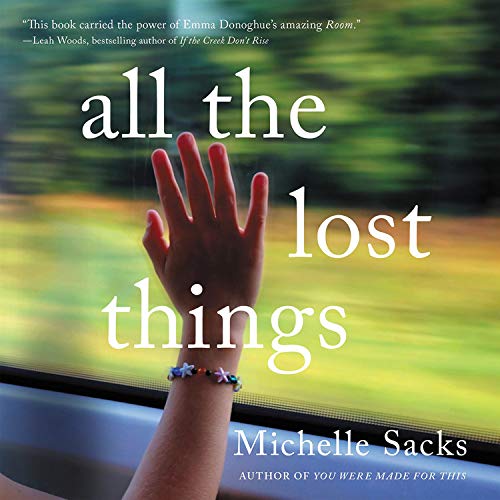 All the Lost Things

A simmering family drama about a father and daughter who embark on a road trip through the American South - but what they're leaving behind is as important as what lies ahead.

When we first meet seven-year-old Dolly, she immediately grabs us with a voice that is both precocious and effervescent. It has been a while since her dad has spent time with her, just the two of them, and so when he scoops her up and promises to take her on the adventure of a lifetime, Dolly is thrilled.

The first days on the road are incredibly exciting. Every pit stop promises a new delight for Dolly and her favourite plastic horse, Clemesta, who she's brought along for the adventure. There are milkshakes, shopping sprees, a theme park, and all the junk food she isn't allowed to eat under her mother's watchful eye. And, for the first time, she has her father's attention all to herself. But as they travel further south, into a country Dolly no longer recognizes, her dad's behavior grows increasingly erratic. He becomes paranoid and irresponsible, even a little scary. The adventure isn't fun anymore, but home is ever farther away. And Dolly isn't sure if she'll ever get back.

A compulsively listenable work of psychological suspense from the first mile to the last, All the Lost Things introduces a remarkable young heroine who leaps off the page, charts a life-changing journey, and ultimately reveals the sometimes heartbreaking intersections of love, truth, and memory.

"Michelle Sacks digs deep into the nature of emotional survival in this enthralling, heartbreaking tale. You will not close this book dry-eyed but you will fall in love with Dolly and her sidekick Clemesta, just as I did. A book not to be missed." (Susan Crandall, best-selling author of Whistling Past the Graveyard and The Myth of Perpetual Summer)

"Dolly Rust captivated me from the first page and I could not look away. I am in awe of Michelle Sacks's writing skill in finding a unique voice that is precocious and pure, innocent and wise, tender and brave. She climbs into a precious seven-year-old's mind whose world is broken and steers us over rocky roads to a safe haven. This book carried the power of Emma Donoghue's amazing Room. It is a bona fide winner." (Leah Weiss, best-selling author of If The Creek Don't Rise)