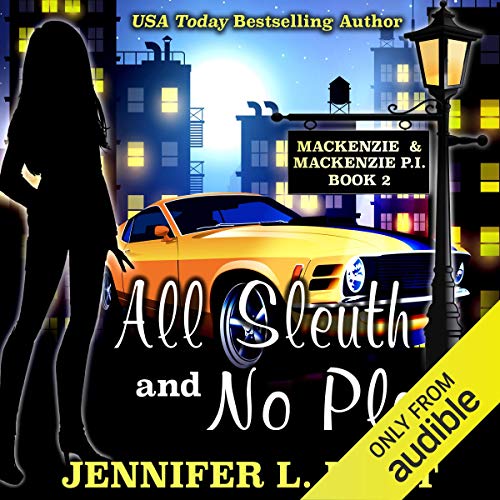 All Sleuth and No Play

Another day, another secret.

Novice PI Mackenzie Taylor is going stir crazy. Deep in the throes of a classic New England winter, the endless hours of following cheating spouses have left her feeling jaded and restless. Not to mention the emotional tug of war when the father of her teenage child suddenly starts hanging around and putting a major crimp in Mackenzie's fledgling relationship with the hot Detective Hunter Black. So when she's asked to help find a missing bride, Mackenzie jumps at the chance to do some good.

Juggling the missing persons case, two headstrong men, being a new landlord of a rundown building, and a 16-year-old daughter/BFF actually acting her age for once and crushing on a much older man has Mackenzie contemplating the upside of running away from home. Instead she throws herself into work. But the more dirt she digs up on the missing bride, the murkier the investigation becomes. Was it a simple case of post-wedding jitters or did the missing woman make a fatal mistake? And is Mackenzie about to follow her footsteps right into the clutches of a killer?

Das sagen andere Hörer zu All Sleuth and No Play