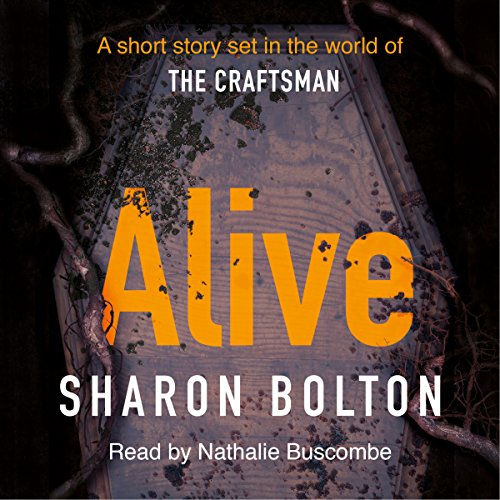 For fans of Val McDermid, Elly Griffiths and Peter May, prepare to delve into the dark world of the Craftsman with Alive, the ghostly short story thriller by Sunday Times best seller Sharon Bolton.

A dark moon is rising. A perfect black circle, barely visible in the night sky, the dark moon casts its void over the wind-scorched moor, over the soaring mass of a great limestone hill, and over the town that cowers in its shadow. The dark moon is the absence of moon before the slender silver crescent of the new moon appears again and people can breathe a little easier. The month is March, and the night is clear and cold, black as pitch. The full moon in March is known as the Worm Moon, welcome despite its ominous name, marking as it does the end of winter and the emergence of earthworms from the thawing ground. Dark moons have never been named, although they are sometimes called the dead moons. The dark moons reign over nights when people stoke up their fires, draw their curtains tighter and try to think happy thoughts.

In the town of Sabden at the foot of Pendle Hill in Lancashire, they usually fail. In Sabden's soot-blackened terraced houses, the sleepers' dreams darken when the moon leaves the sky. Infants wake up cold, mothers tremble with elusive fears for their children and old folks slip a little closer to death. Only the Craftsman welcomes the dark moon. Alone in the town, he is awake and ready to start work.

Alive is a nail-biting, heart-racing, exhilarating thriller that will have you up all night and includes an extract of Sharon's upcoming novel The Craftsman. Alive is the perfect appetiser to whet your appetite for Sharon's crime-fiction listens - a gripping tale that will leave you terrified to turn the lights off!