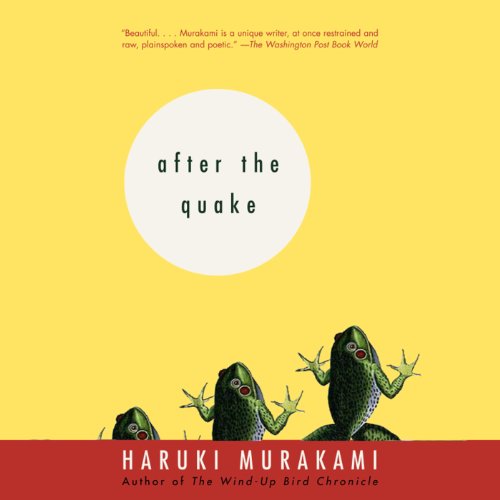 The six stories in Haruki Murakami’s mesmerizing collection are set at the time of the catastrophic 1995 Kobe earthquake, when Japan became brutally aware of the fragility of its daily existence. But the upheavals that afflict Murakami’s characters are even deeper and more mysterious, emanating from a place where the human meets the inhuman.

An electronics salesman who has been abruptly deserted by his wife agrees to deliver an enigmatic package - and is rewarded with a glimpse of his true nature. A man who has been raised to view himself as the son of God pursues a stranger who may or may not be his human father. A mild-mannered collection agent receives a visit from a giant talking frog who enlists his help in saving Tokyo from destruction. As haunting as dreams, as potent as oracles, the stories in After the Quake are further proof that Murakami is one of the most visionary writers at work today.