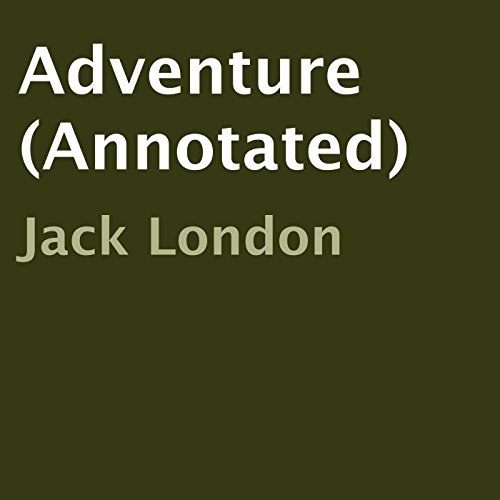 Jack London's grand and disturbing novel of the Solomon Islands, Adventure, comes to life in this audiobook. This is a "must have" for fans of Jack London.

David Sheldon is a smart, resourceful plantation owner in turn-of-the-century Solomon Islands. Despite his mastery and competence, his fortunes are going badly. Disease, financial difficulties, and uproar among his two hundred indentured laborers threaten to end his endeavors in failure or even death. Just when the situation seems worst, Joan Lackland comes blowing into his world. She is as wild and free as the stormy sea that brought her to Berande Plantation, and she becomes Sheldon's rescuer and partner, enlightening, and sometimes enraging him. They struggle with cannibals, storms, and more, while Joan time and again demonstrates wit and wisdom in the face of all obstacles, including the men who refuse to accept her as part of their "man's world".