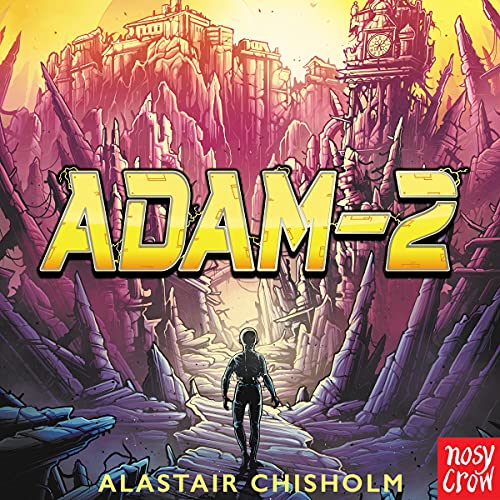 With incredible twists and turns and an action-packed story, this is a thrilling, unputdownable adventure.

The robot Adam-2 has been locked in the basement of a lost building for over 200 years - until one day he is discovered by two children, and emerges into a world ruined by a civil war between humans and advanced intelligence.

Hunted by both sides, Adam discovers that he holds the key to the war, and the power to end it - to destroy one side and save the other. But which side is right?

Surrounded by enemies who want to use him, and allies who mistrust him, Adam must decide who - and what - he really is.

From the author of the highly acclaimed Orion Lost, Adam-2 is an exciting and hugely gripping science-fiction thriller - perfect for fans of Eoin Colfer, Anthony Horowitz and Philip Reeve.

“Brilliant - one of the best middle grade books I’ve read this year.... Action, tension, a marvellous mix of characters, and incredibly thought-provoking while being huge fun to read. What more could you want?” (Jennifer Killick, author of Crater Lake)