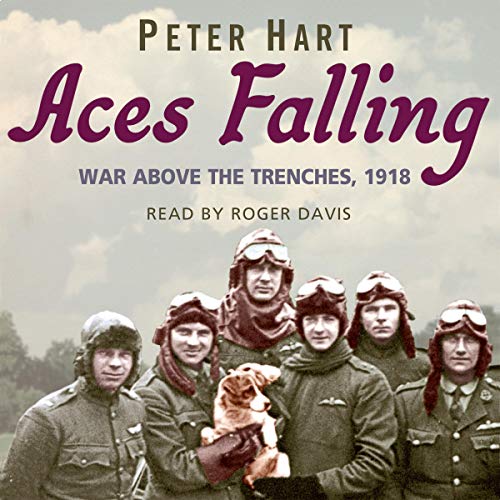 How the age of the great WWI aces came to an end in the skies over the Western Front.

At the beginning of 1918, the great aces seemed invincible. Flying above the battlefields of the Western Front, they cut a deadly swathe through the ranks of their enemies, as each side struggled to keep control of the air. Some were little more than boys when they started to fly, yet they were respected and feared as some of the deadliest killers in the sky. But as the press of fighting increased with the great offensives of 1918, nervous stress and physical exhaustion finally began to take their toll - and one by one the aces began to fall.

This audiobook charts the rise and fall of the WWI aces in the context of the vast battles that were taking place in 1918. It shows the vital importance of reconnaissance, and how large formations of aircraft became the norm - bringing an end to the era of the old, heroic 'lone wolves'. As the First World War came to a close very few of the aces survived. This epic history of the final year of the air war is both a chronicle of the ways in which 1918 changed aerial combat forever, and a requiem for the pioneers of aerial combat who eventually became the victims of their own brilliant innovations.