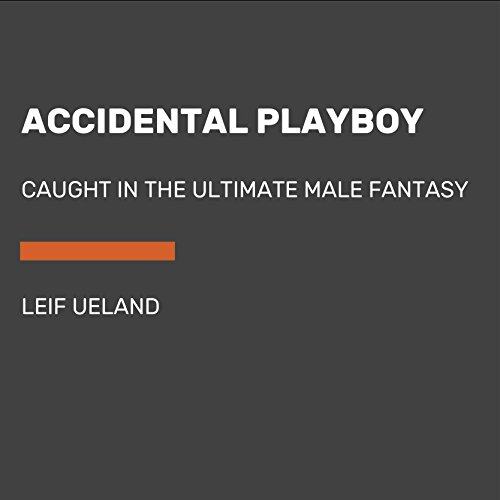 Yes, this is all about most enviable job for 99% of American males. Who wouldn't want to be on the bus trip seeking the Playmate of the Millennium? Lucky Leif Ueland. In the course of watching aspiring centerfolds undress, Leif also reveals himself in the most disarming way. Looking for love, Leif is just a regular guy. He lives the ultimate Playboy fantasy, but it's very unsettling for him to watch young women so willingly strip and sign away their images without even batting their doe-ish eyelashes. Oh, adult listeners only! (John B.)

Accidental Playboy is the hilarious, erotic, and provocative memoir of a sensitive post-modern man who stumbles into the dream job of a lifetime. When Playboy magazine tapped Leif Ueland to report on its nationwide search for the Playmate of the Millennium, he was the ultimate confused American male. A self-professed nice guy, raised in a family with strong feminist traditions, Ueland had retreated from even the idea of dating, opting instead to wrestle with his stalled first novel. In short, he thought himself the last man to be on Playboy's roving audition bus, never mind its official reporter. And yet, something deep within his psyche leapt at the opportunity.

In this Hunter Thompsonesque chronicle, Ueland describes his six months in a high-tech mobile photo studio - an upside-down world where women can't wait to disrobe and get into the pages of Playboy. He tells of the seen-it-all photographers, the jaded female PR rep, and of course, the Playmate hopefuls themselves, a parade of young women looking for a better life - and simultaneously more and less innocent than we expect. Wading deeper and deeper into a sea of beauty, nudity, sex, and ambition, Ueland undergoes an intriguing transformation that discloses important truths about men and women and the gravitational forces that bind them.

An extraordinary work of reportage and a powerful look at American sexual mores, Accidental Playboy is also hilarious, showing what happens when a "shy guy" breaks out of his shell, and the whole world starts spinning his way.

Accidental Playboy is also available in print from Warner Books.