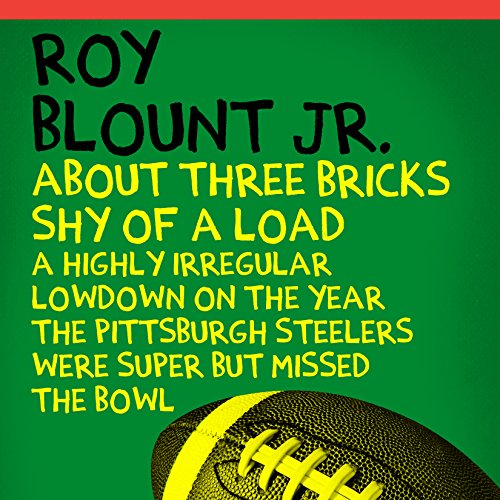 About Three Bricks Shy of a Load

Any number of writers could spend an entire season with an NFL team, from the first day of training camp until the last pick of the draft, and come up with an interesting book. But only Roy Blount Jr. could capture the pain, the joy, the fears, the humor - in short, the heart - of a championship team.

In 1973, the Pittsburgh Steelers were super, but missed the bowl. Blount's portrait of a team poised to dominate the NFL for more than a decade recounts the gridiron accomplishments and off-the-field lives of players, coaches, wives, fans, and owners.