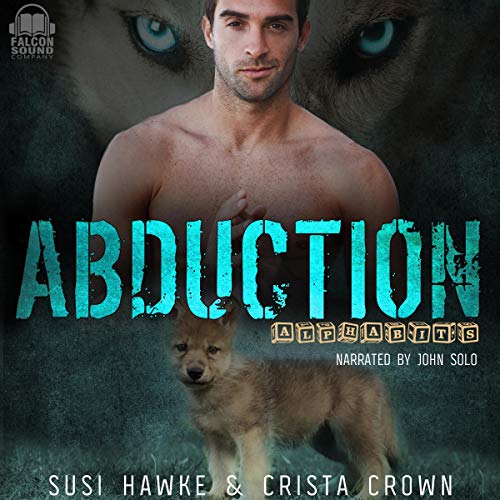 Pierce Steele was the Alphabits first recruit, and is team leader Sam’s right hand man. This whole investigating thing is fairly new for a man used to being a pilot, but he’s always loved pups. When he and the awkward bear shifter Cyrus are sent to investigate a lead on a missing child case down in the armpit of Florida, he expected it to be easy. Interview a few people. Grab the kid, take him home to his parents. Case closed.

He did not expect the fiery omega Adrian Shultz to stand in his way. He certainly didn’t expect the daycare worker to be his fated mate. Pierce thought he was done with love forever.

Adrian really wants to take arrogant tough alpha down a notch or two, but when his heat kicks in, he’ll settle for getting down with him. And while he’s at it, he’s going to make sure Pierce doesn’t take Dex away from his real family.

The case turns out to be trickier than the team thought. Pierce and Cyrus end up dragging Adrian, the manny Tony, and missing child Dex back home to Chicago so the Alphabits can learn where the truth actually lies.

The Alphabits aren’t vigilantes. These former soldiers and officers of the law have to do things by the book - even when it tears them apart to do so. But once all their ducks are in a row, the bad guys had better beware! You do not want this team of protective alphas on your tail.